In the month of August 2022, in the effort to make use the best of the 9 euro transport ticket, I just found out that I.. can... use it to go to Luxembourg!! So off I went! I took a day trip from Düsseldorf - Luxembourg. The journey itself required me to change trains only once in Koblenz and for a one way journey, it'll take about less than 4 hours - which I think for me is doable in a day - making it in total 8 hours commute. But of course with Deutsche Bahn... with all the waiting and delays, it became 9 hours... oh well... my cross to carry for wanting a cheap commute.
So far, I've only 'passed' through Luxembourg, that happened when I had to take a 22 hours bus ride from Cologne to Barcelona. Therefore I haven't really been inside the country. What I know about Luxembourg is that it is a tiny nation that is also pretty rich, tax haven country therefore Amazon HQ is here 😂. Hence, I have this picture in my head that this is a very rich nations, kinda like Singapore rich2. Or at least looks richer than Munich.
Imagine my 'surprise' then as I arrived to the country, and seeing houses that... looks similar to Germans... but... somehow in less taken-care condition? (or is it just the houses nearby the trainline?), but then when I arrived, it looks... okayy.... as in not thaaatt WOW hahha. Then again, having known that areas nearby train station is most of the time UGLY and smell of pee, I should expect nothing else even from Luxembourg. 😅 So I keep moving to the city center... (got lost to the other direction for like 15 min before going to the right direction) and I keep walking... and walking... and walking... then I reach the center... then I walk around... then I think I have 'finished' seeing all that I walk back to the train station.
In total, the time I spent in Luxembourg is... 2.5 hours! (From 11.00 - 13.30), Now... Perhaps because I've been to Heidelberg, Strasbourg, Bruges, Paris, any other beautiful European city... So in comparison to them, Luxembourg... fell.. rather short... :S That's not to say that there's nothing beautiful about the country! The part of the city that I LOVE the most is the part where the city 'park'/'forest' is. It's really really pretty and unique, giving the city a very unique urban design. But even that is 'unfinished' I can see parts where construction is going. Apart from this, there's one road that are quite pretty well taken care of, and the rest is just... either we don't have enough money, or we're trying therefore construction/reno everywhere, or we just don't care, are how I can describe the conditions of most building I saw. Therefore, most of the pictures I took are around the 'park' from above angle, looking down at the trees, terrain, bridges, and some houses.
I know Luxembourg has its own language - Luxembourgish, that I have no idea how it sounds except that there are some words that sounds German. (Thanks to that Luxembourgish reporter video clip of Ukraine condition) When entering the country, most things I read like the road signs are in French, some posters looks rather Dutch? office buildings has English words on it, and a lot of other stuff are written in multiple languages. While walking, the people around either speak German, French, or other languages I have no idea off, making it quite difficult to see which one is Native, immigrants, tourist? I guess it's a good think then? hahha... Either way, as a visitor, I didn't really have to worry about the language. 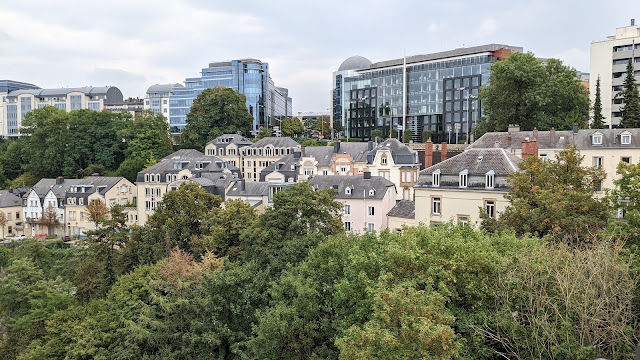 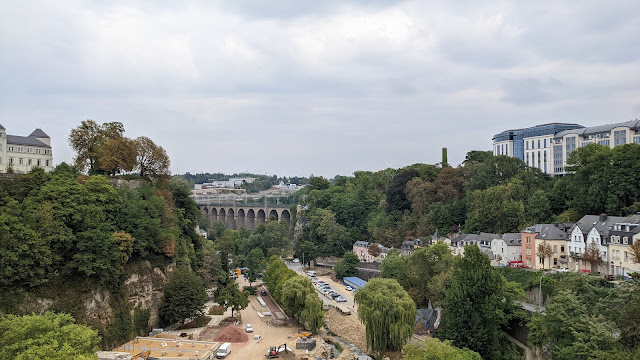 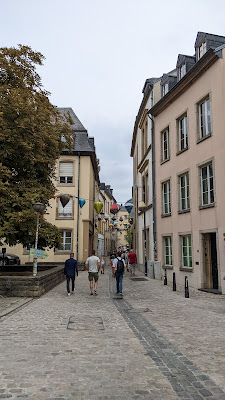 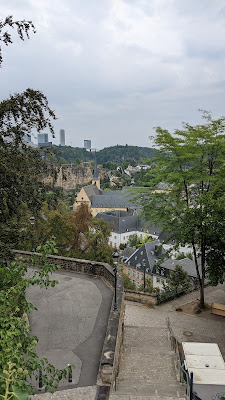 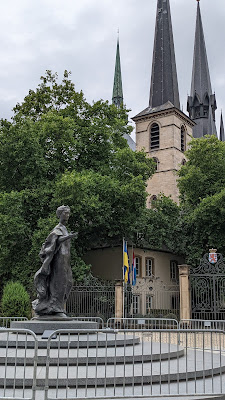 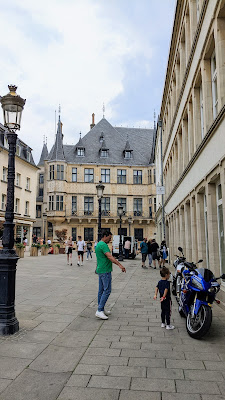 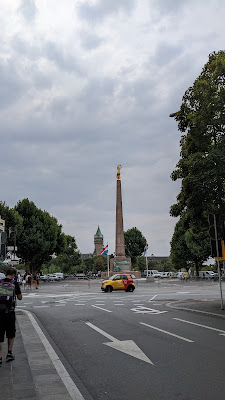 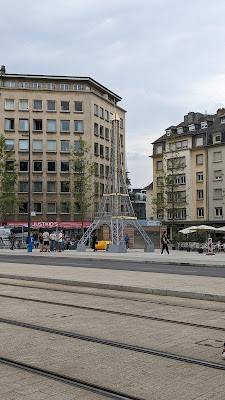 Why not have your own mini Eifel tower huh? :P 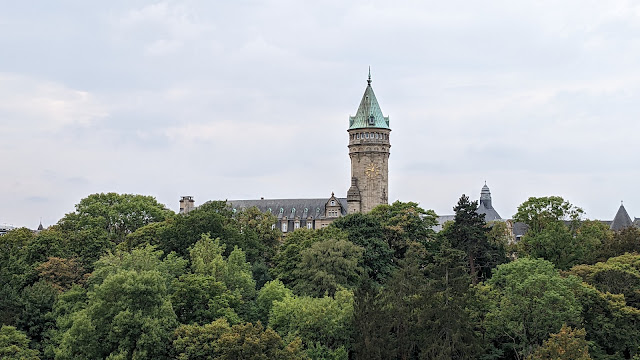 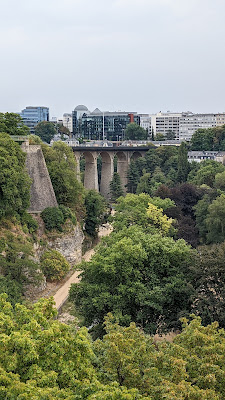 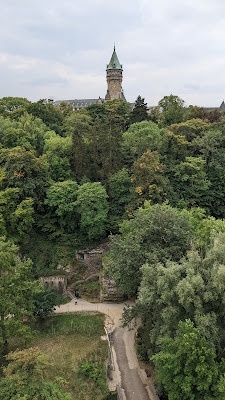 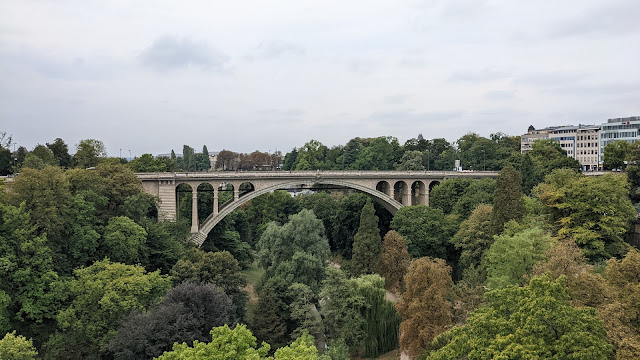 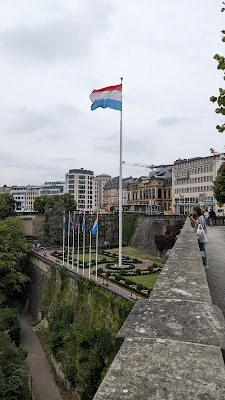 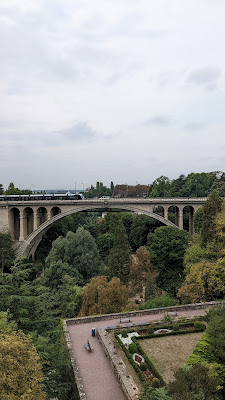 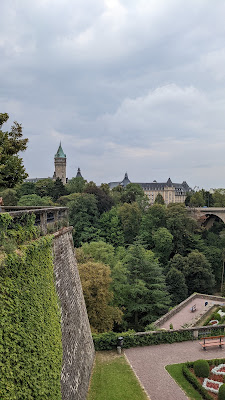 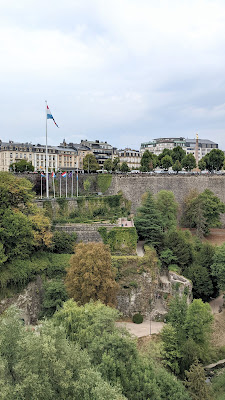 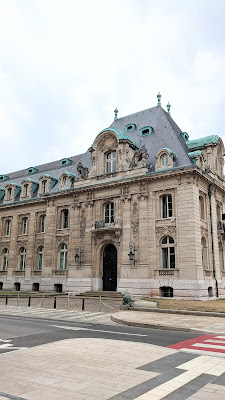 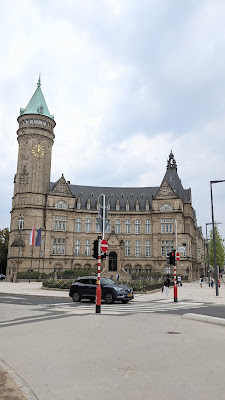 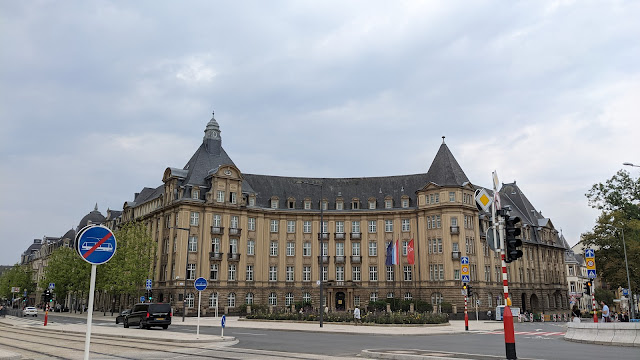 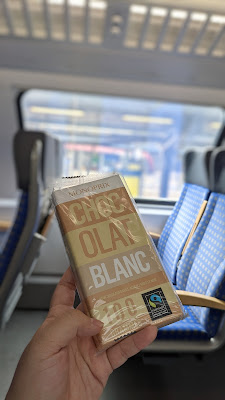 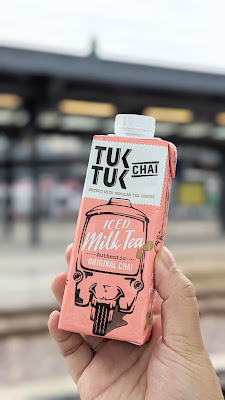 In the end, I bought myself some 'stuff', I entered a mini supermarket, and these seems interesting to me. LOL, the chocolate is..... meh... and the Tuktuk chai taste more like Thai milk tea instead of Chai? interesting indeed.... 😏😆
Luxembourg Travel
Location: Luxembourg 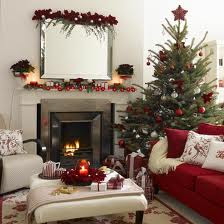